Engage with our work 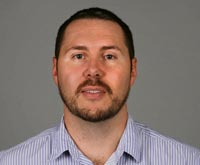 John Owen is the founding Director of Insitu Development Consulting (IDC) Pty Ltd and is the firm's Principal Social Specialist. Prior to establishing IDC, John was a Senior Research Fellow with the Centre for Social Responsibility in Mining (CSRM) at the University of Queensland, where he maintains an Honorary Senior Fellowship. His primary areas of expertise include involuntary land acquisition and resettlement, social conflict, community relations practice, livelihoods and development, and the role and influence of corporate and organisational culture on social performance and mining impacts.

John’s work on mining induced displacement is supported by over a decade of community-level practice and policy development in the area of forced migration and resettlement with refugee communities in Australia. He has served as an adviser to companies, lenders, governments, NGOs and bilateral agencies on resettlement issues stemming from conflict, natural disasters and resource development. John’s project work has involved providing both short and longer term strategic advice and support to companies such as BHP, Anglo American, Newcrest, Xstrata, Newmont, MMG, and Teck; and in addition, has lead or supported projects in Australia, Papua New Guinea, Solomon Islands, Samoa, Indonesia, Malaysia, Thailand, Laos, Vietnam, Mongolia, South Africa, Ghana, and Peru.

He currently supervises PhD students on projects ranging from government managed resettlement, local leadership development in international NGOs through to the use of dialogue processes in community-level peace building. John has published two book manuscripts, one on the historical impact of industrialisation on customary markets, and the other on the practical dilemmas associated with front-line community-based work. He has also published articles in the disciplines of criminology, economic history, political science, community development, peasant studies and organisational change and is a reviewer for a number of top-tier international journals in the fields of corporate social responsibility, community development and social conflict.